As I am writing this blog, we should already sit on a plane ready for the departure to Cologne. But we aren’t. And I even can’t blame British inefficiencies. It’s been the Germans this time. Eurowings sent us an email this morning that our flight was cancelled! 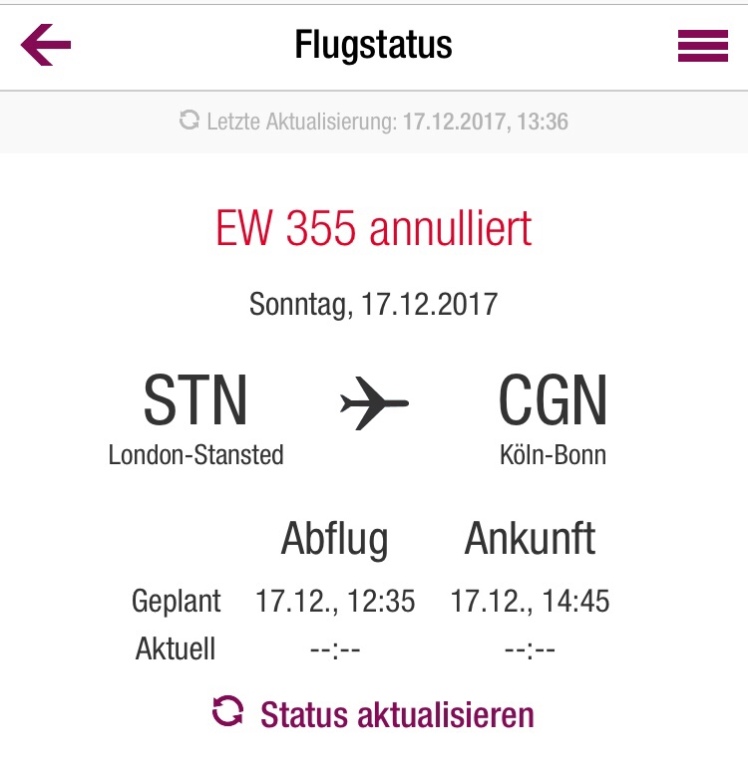 But as we’ve taken over some of the British attitudes, we (more I than Hanna) take it rather relaxed. As the British would say: “What can you do?”.

Fortunately, we didn’t became British completely. When noticing the cancellation, we reacted quickly and immediately phoned the hotline of the airline. Expectedly, the hotline was busy and we didn’t get through. But instead of keeping calm and waiting, we had the brilliant idea of trying the UK hotline of the airline. And guess what? We instantly came through and without much trouble were booked on the next flight to Cologne at this day but rather late.

Okay, we had to rearrange a meeting with our landlord and also the place to sleep for one night. But at least, we got booked on the next possible flight. So please keep fingers crossed that this one goes without any further issues.